Wrongfully Accused Of Being A Drug Dealer

Were you terrified after getting pulled over, arrested, and accused of being a drug dealer? Getting into serious legal trouble can be overwhelming for someone who is not guilty of committing the crime for which they are charged. However, for the officers to go through with placing you under arrest, it means that there is reasonable suspicion or evidence that you committed the crime in question. For example, if you were driving someone's vehicle who had drugs stashed beneath the seat, the officers may believe that you placed the drugs there. Proving that you are innocent can be difficult for several reasons, especially if you do not hire a drug crime defense lawyer.

Has the Owner of the Vehicle Claimed the Drugs Are Yours?

If your friend or relative refuses to accept the blame for the drugs, it is your responsibility to prove your innocence. After a consultation has taken place, a lawyer will begin putting the pieces of the puzzle together on your behalf. For example, they might try to find video surveillance that shows your actions during the time you were driving the vehicle. In modern society, video surveillance is everywhere, so it is possible to gather surveillance footage from business owners who are located along the route that you drove on the day of the incident. The video footage can also be used to prove the illegal behavior of the owner of the vehicle.

Have You Ever Been Arrested for Using or Selling Drugs Before?

Your past can play a big part in building a defense against the charges you were arrested for. If being a drug dealer is the complete opposite of what you are known for amongst peers, it can give a judge reason to believe the charges are false. For example, if you had a good reputation throughout your school years, never committed a crime, and do humanitarian work, being a drug dealer is out of your character. A lawyer can compare your criminal record to the owner of the vehicle's record while building your case. If the owner of the vehicle has a criminal record that includes drugs or other types of criminal activity, their police record can be used to argue your case.

What Kind of Evidence Can You Provide to Prove Your Case?

If you know that the owner of the vehicle is a drug dealer, you can supply the lawyer with evidence. For example, do you know the names of people who have purchased drugs from the other party? A lawyer will investigate based on the information you supply, as well as gather evidence using their own tactics.

For more information, contact drug crime attorneys near you. 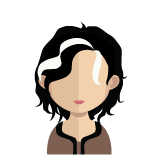